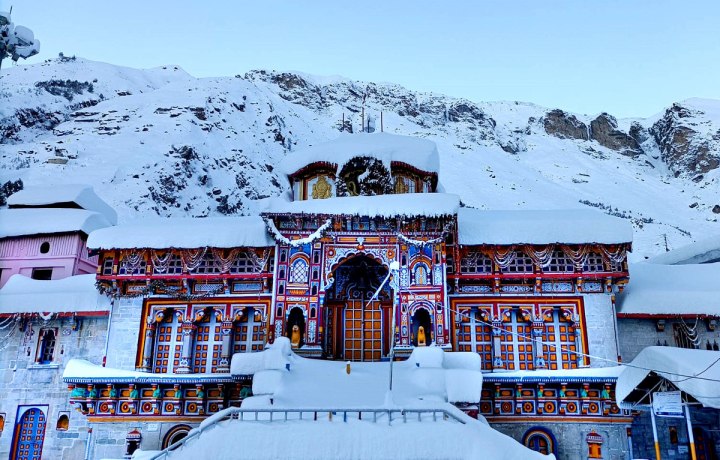 The Uttrakhand Char Dham is a set of four pilgrimage sites in India. It is believed that visiting these sites helps achieve moksha. The Char Dhams are, Yamunotri , Gangotri , Kedarnath , Badrinath. It is believed that every Hindu should visit the Char Dhams during one's lifetime.
Haridwar -  One of the holiest pilgrimages in India, Haridwar, or the ‘gateway to gods’, is located where Ganga, the sacredest of all Indian rivers, enters the Indo-Gangetic plains. Located at the foothills of the Himalayas, Haridwar is a city of temples and ashrams and its pious ambience envelops everyone. Haridwar is one of the four holy Indian cities that host the Kumbh Mela, a pious gathering of millions of Hindu devotees every 12 years. The Ardh Kumbh is organised here every six years. It also hosts the Kanwar mela every year during the rainy season. The ‘Panch Tirth’ or the five pilgrimages located within the periphery of Haridwar, are Gangadwara (Har Ki Pauri), Kushwart (Ghat), Kankhal, Bilwa Tirtha (Mansa Devi Temple) and Neel Parvat (Chandi Devi). Haridwar serves as the gateway to the Char Dham of Uttarakhand as well.
Badrinath -  The Badrinath Temple also known as the Badrinarayan Temple, located in Uttarakhand's Badrinath town, is one of the Char Dhams (four important pilgrimages) in the state. There are four pilgrim-destinations namely Yamunotri, Gangotri, Kedarnath, and Badrinath, collectively known as Char Dham. These pilgrimage centres draw large number of pilgrims each year, thus becoming the most important hubs of religious travel in the whole of Northern India.
Joshimath, also known as Jyotirmath, is a city and a municipal board in Chamoli District in the Indian state of Uttarakhand. Located at a height of 6150 feet, it is a gateway to several Himalayan mountain climbing expeditions, trekking trails and pilgrim centres like Badrinath.

TOUR DESTINATION-:
DELHI - HARIDWAR - JOSHIMATH - BADRINATH - JOSHIMATH - RISHIKESH - DELHI
TOUR DURATION-:
4 Nights & 5 Days
DAY 1: DELHI – HARIDWAR (230 KMS/6-7HRS)
Arrival at the Airport / railway station meet our SYPL executive and later drive to Haridwar, on arrival welcome to DEVBHOOMI UTTRAKHAND and
transfer to your Hotel. Visit Har-ki-Pauri for Ganga Aarti in evening. Back to your hotel, Night halt.
DAY 02: HARIDWAR - JOSHIMATH (270KMS/7-8 HRS)
Morning after breakfast & drive to Joshimath .On Arrival check -into hotel and overnight stay at hotel.
Joshimath is situated on the slopes above the confluence of Alaknanda and Dhauliganga. Of the four 'Maths' established by Adi Shankaracharya, Joshimath is in the Badrinath to Joshimath and installed in the temple for people to worship. There are many temples in the township most important is the temple of Nir Singh in commotion of Lord Vishnu. The left arm of this deity is with time and the popular belief holds that the day the the arm completely withers Badrinath valley will cease to exist and the Gods will transfer the residence into the neighboring Niti Valley at Bhavishya Badri.
DAY 03: JOSHIMATH - BADRINATH - JOSHIMATH (45KMS/ 1 HR)
Early morning, pilgrims after having a bath in the Taptkund have the Darshan of Badrivishal. Brahamakamal is significant for Pinddan Shraddh of ancestors (Pitrus). There are other interesting sightseeing spot like Mana, Vyas Gufa, Maatamoorti, Charanpaduka, Bhimkund and the "Mukh" of the Saraswati River . Just within the three kms of Badrinath jee. Later drive back to joshimath ( Overnight stay at Hotel)

Badrinath one of the 'Four Dhams' is one of the most celebrated pilgrimage spots of the country and is situated at an elevation of 3,133 meters, guarded on either side by the two mountain ranges known as Nar & Narayan with the towering Neelkanth Peak providing a splendid backdrop. This revered spot was once carpeted with wild berries. Thus the place got the name "Badri van", meaning "forest of berries".
Tapt Kund : Natural thermal springs on the bank of the river Alaknanda, where it is customary to bathe before entering the Badrinath temple.
Narad Kund : A recess in the river, near Tapt Kund, forming a pool from where the Badrinath idol was recovered.
Brahama Kapal : A flat platform on the bank of river Alaknanda. Hindus perform proppitiating rites for their deceased ancestors.
Sheshnetra : 1.5kms. away is a boulder having an impression of the legendary serpent, better known as the Sheshnag's eye.
Charanpaduka : 3kms. away is a beautiful meadow where the footprint of Lord Vishnu is seen on a boulder.
Mata Murty Temple : Devoted to the mother of Sri Badrinathji. Other important temples include Sesh Netra Temple , Urvashi Temple and Charanpaduka.
Vasundhara : As the name suggests, vasundhara is a magnificent water fall. This place is 5 kms. from Badrinath out of which 2 kms. is motorable upto Mana.
Bhim Pul : On the other side of Mana village, a massive rock forming a natural bridge, lies over the roaring Saraswati river. It presents a spectacular view of water thundering down through the narrow passage under the rock and is believed to have been placed there by Bhim, the second eldest among the five Pandava brothers.
Vyas Gufa (cave) : Near Mana Village, this is a rock-cave where Ved Vyas is believed to have composed the Mahabharata and the pauranic commentaries.
DAY 04: JOSHIMATH – RISHIKESH (260 KMS/ 8 HR)
Morning after breakfast drive back to Rishikesh .on arrival  visit Rishikesh, the 'place of sages' is a celebrated spiritual town on the bank of Ganga and is surrounded by Shivalik range of the Himalayas on three sides. It is said that when Raibhya Rishi did hard penances, God appeared by the name of " Hrishikesh " and this area hence firth came to be known as Rishikesh.  Temples & Sight Seeing – Laxman Jhulla, Ram Jhulla, Triveni Ghat, Bharat Mandir, Ashram, Parmarth Ashram, later back to Rishikesh hotel dinner & overnight stay.
DAY 05: RISHIKESH – DELHI (200KMS/6 HR)
Morning after breakfast drive back to Delhi. On Arrive Delhi, transfer to Railway Station / Airport. 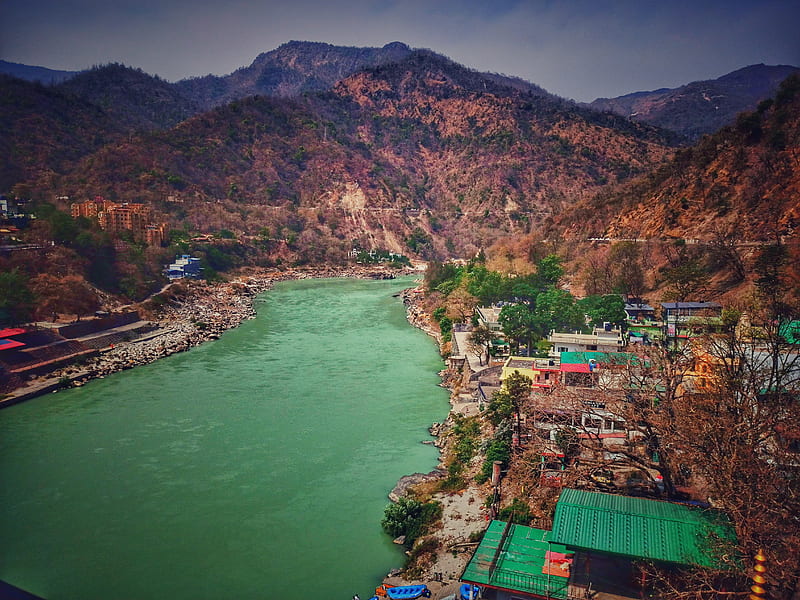