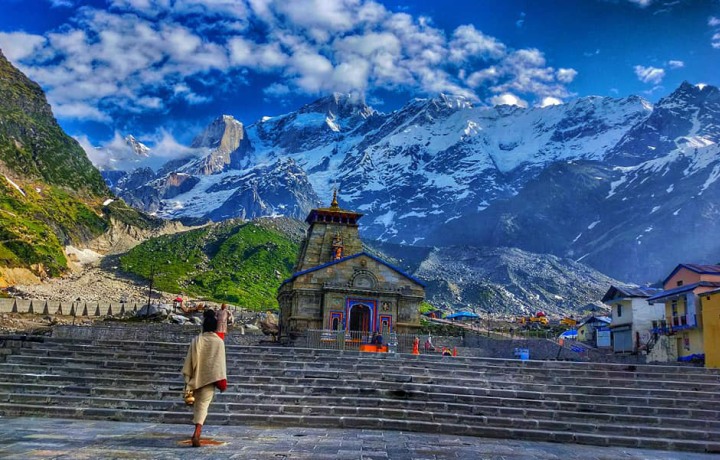 Uttarakhand, also known as Devbhoomi or the Land of Gods, is home to numerous temples and welcomes devotees all year round. Among the countless religious sites and circuits that devotees visit in Uttarakhand, one of the most prominent is the Char Dham Yatra. This Yatra or pilgrimage is a tour of four holy sites - Yamunotri, Gangotri, Kedarnath and Badrinath – nestled high up in the Himalayas. In Hindi, 'char' means four and 'dham' refers to religious destinations.
Kedarnath  - One of the most revered temple destinations of India, Kedarnath town is nestled in the mighty Garhwal Himalayas. The town, built around the revered Kedarnath temple, is located at an altitude of 3,580 m, near Chorabari glacier, which is the source of the Mandakini river. Dedicated to Lord Shiva, the ancient temple has exquisite architecture and is built of extremely large but evenly shaped grey stone slabs. A conical rock formation inside the temple is worshipped as Lord Shiva in his “Sadashiva” form.  The Kedarnath temple, dedicated to Lord Shiva, is a part of Char Dham pilgrimage circuit, and is one of the 12 Jyotirlingas of Lord Shiva in India. Behind the Kedarnath temple, stand the Kedarnath peak, Kedar Dome and other Himalayan peaks.
Mussoorie - Mussoorie, also known as Queen of the Hills, is among the most popular hill stations of the country. A Britisher, Captain Frederick Young, accompanied by an official named FJ Shore, had climbed up the hill from the Doon valley in 1827 and found this ridge offering great views and a salubrious climate. This visit laid the foundation for this grand hill station.

TOUR DESTINATION-:
Haridwar - Gupatkashi - Kedarnath - Gupatkashi - Rishikesh - Mussoorie
TOUR DURATION-:
5 Nights & 6 Days
DAY 01: HARIDWAR- GUPTAKASHI (210KMS/6-7HR)
Welcome to DEVBHOOMI UTTRAKHAND. Arrival Haridwar & meet our Suveedha Yatri executive and drive to to Guptakashi .On Arrival Check in Hotel and overnight at hotel.
DAY 02: GUPTAKASHI – KEDARNATH (18KMS TREK)
Morning after breakfast  drive to Sonprayag, Trek start from Sonprayag to Kedarnath (3584 mts) on foot or on by pony / Doli. Tour members should carry personal medicines, heavy woolen, tolietteries and clothes for an overnight halt at Kedarnath. Check in Tent. Later visit Kedarnath Temple.
Gaurikund: At a distance of 5kms from Sonprayag and at an altitude of 1982 meters, one can take bath in the hot water pond here and visit the Gauri Temple. This is the place where Goddess Parvathi meditated to attain Lord Shiva. It is the base for a trek to Kedarnath.
Kedarnath: The Kedarnath shrine, one of the 12 jyotirlingas of Lord Shiva, is a scenic spot situated, against the backdrop of the majestic Kedarnath range. Kedar is another name of Lord Shiva, the protector and the destroyer. According to legend, the Pandavas after having won over the Kaurava in the Kurukshetra war, felt guilty of having killed their own brothers and sought the blessings of Lord Shiva for redemption. He eluded them repeatedly and while fleeing took refuge at Kedarnath in the form of a bull. On being followed he dived into the ground, leaving his hump on the surface. The remaining portions of Lord Shiva appeared at four other places and are worshipped there as his manifestations. The arms appeared at Tungnath, the face at Rudranath, the belly at Madhmaheshwar and his locks (hair) with head at Kalpeshwar. Kedarnath and the four above-mentioned shrines are treated as Panch Kedar.
DAY 03: KEDARNATH -GUPTAKASHI (18 KM Trek)
Morning after Aarti & darshan trek back to Guptakashi. Overnight stay at hotel.
DAY 04: GUPTAKASHI – RISHIKESH (180 KMS/ 5-6 HR)
Morning after breakfast drive back to Rishikesh. On arrival check-into hotel & visit Rishikesh, the 'place of sages' is a celebrated spiritual town on the bank of Ganga and is surrounded by Shivalik range of the Himalayas on three sides. It is said that when Raibhya Rishi did hard penances, God appeared by the name of " Hrishikesh " and this area hence firth came to be known as Rishikesh.  Temples & Sight Seeing – Laxman Jhulla, Ram Jhulla, Triveni Ghat, Bharat Mandir, Ashram, Parmarth Ashram, later back to hotel & overnight stay.
DAY 05: RISHIKESH - MUSSOORIE (75 KMS/ 2-3 HR)
Morning after breakfast check-out from the hotel . visit Rishikesh local & do other activities like River rafting,Bugee Jumping River Rafting. The trip to Rishikesh is nothing without River Rafting , Bungee Jumping. Bungee jumping is the top 2nd adventure activity for adrenaline junkies. Giant Swing , Flying Fox ,Cliff Jumping, Rappelling , Kayaking , Mountain Biking. Later in afternoon drive to Mussoorie .On arrival in Mussoorie check in at hotel. day free at leisure or on the Mall road or for your own activities. Dinner & Overnight stay at hotel.
DAY 06: MUSSOORIE SIGHTSEEING - DEHRADUN
Morning after breakfast In Müssoorie, visit Kempty Fall in the morning, Gun Hill, Lal Tibba, Camel back and Company garden, in afternoon . Sightseeing tours of Kempty Fall. Later evening drive back to Dehradun , on arrival  & drop.

Note :- Ac will not work on hill area(after Haridwar)

COST EXCLUDES-:
• Air fare / train fare.
• Coolie / porter charges.
• Camera charges.
• Donations at temples.
• Extended stay or travelling due to any reason.
• Any meals other then those specified in Tour Cost Includes.
• Expenses of personal nature such as tips, telephone calls, laundry, liquor etc.
• Any other item not specified in ‘Tour cost includes.
• Guide & Entrance fees during sightseeing. 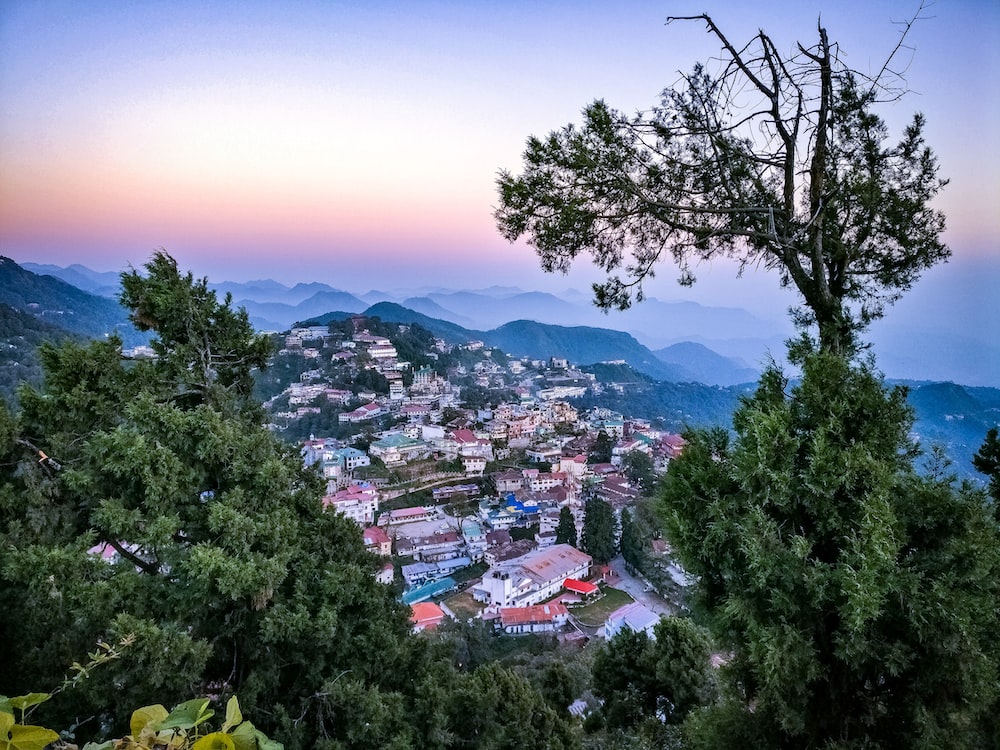